Busy, stressful lives are the norm nowadays. Never ending news cycles, notifications on our phones, and the need to just ‘keep up’ has us feeling stressed out……all the time.

Whether you notice it or not, this overstimulation can lead to an unsettling combination of anxiety and fatigue.

When you’re in a state of constant vigilance a few things happen: Blood pressure increases, energy levels begin to decline, and belly fat increases. Bonus: your immune system takes a hit, making you more susceptible to colds and flus.

The good news is that you can use a combination of lifestyle modifications and herbs to fix this issue quickly. In my acupuncture practice, I can immediately interrupt this pattern, leaving patients feeling better within hours. For those of you who don’t use acupuncture, this article will provide you with a background on how cortisol works, and what you can do to manage it.

Cortisol- What You Need to Know

Cortisol is a hormone. It’s essential for our health.

It’s also responsible for how we cope with and manage stress and has a direct effect on blood sugar.

Cortisol is released by the adrenals, a set of glands sitting on top of each kidney. The adrenal glands are part of the endocrine system and are directed by the hypothalamus and pituitary glands in the brain, also known as the HPA axis.

Cortisol’s job is to make us feel awake and alert and surges when we’re stressed. The goal is to prepare our bodies as much as possible for a fight or to run away from danger.

The effects of cortisol include:

Cortisol changes according to patterns in our day, like sunrise and sunset, or directly following a meal.

Cortisol naturally peaks in the morning, causing us to wake up. It should later decline as the day progresses. Melatonin levels naturally rise in the evening to help you sleep. These two hormones are the primary drivers of your circadian rhythm, the sleep-wake cycle.

However, this isn’t always the case.

When we’re constantly under stress, cortisol patterns become dysfunctional. We may feel tired all day, and are unable to shut off at night, or the cycle can reverse, making us feel tired and groggy for most of the day, and wired and awake at night.

The problem occurs when cortisol levels are high all the time, creating a host of problems including sleep disturbances.

This can have some serious implications on the body if allowed to go on for too long.

How Cortisol Affects The Body

A) Cortisol & The Stress Response

Nowadays the signals from our body telling us what’s happening in our environment are far more stimulating than in our prehistoric past.

Alert signals are everywhere. It could be a  tense disagreement with your partner, late night web browsing, tight work deadlines or that last-minute rush to the bus. It could also be the push notifications, advertisements, and messages we receive on a daily basis, each fighting for our attention.

All stress will trigger the fight or flight response involving cortisol.

Stress can be mental, emotional or physical and trigger our ‘fight or flight’ response.

The release of cortisol from stress increases our heart rate and gets us going.  This can often feel productive – at least for a while.  Yet, in our constantly switched-on lives, our bodies become armed to respond to danger.

B) Cortisol and Digestive Function

As mentioned, cortisol also turns down any processes that aren’t immediately necessary for survival. This includes both digestive and immune function.

In a normal stress response, we have time after the fact to wind down and restore these systems, but people who are always under stress don’t get a chance to relax and repair.

With digestive function dialed down, the food in our stomach and intestines isn’t properly broken down. We become hungry and start to crave sugary junk foods as the body attempts to get the energy it needs from the diet.

If our stress is short lived it can actually be of benefit to our immune system. It stops extra inflammation which in turn lets our immune system know we don’t need it right now. It essentially turns it down to an idle speed.

Yet, constant stress causes this system to fail. You become ‘burnt out’.

Inflammation spreads throughout the body, however, because there are less immune cells to stop infection, the ones left start reacting to everything, sometimes even your own body.

This pattern is also prevalent in many autoimmune patients. Their immune systems are forced into a state of disarray from constant stress, leading the immune system to operate less intelligently,  attacking healthy cells instead of searching for infection.

The results are increased states of inflammation, and low immunity overall. Easily catching viruses and other bugs becomes the norm.

1. It Changes Hormones Involved With Appetite

When cortisol rises it reduces the hormones that signal your brain to let you know you’re full.

Your appetite increases and you consume more food.

When we consume more food but aren’t using the energy up with exercise, the excess is stored as fat.

The ‘fight or flight’ response and high-cortisol levels increase the release of glucose into the blood.

That means even if you don’t need it (aka you’re not actually running away from a sabre-tooth tiger), your body increases the amount of sugar available to your muscles for energy.

When you don’t use this excess sugar, your body stores it by converting it to fat.

The liver is where this process occurs. Located right in your mid-section, the liver works harder and harder to manage all the extra sugar, turning it into fat that will be stored in and around this organ, causing belly fat to increase substantially.

This extra fat storage around the middle also puts you at risk for high cholesterol and heart disease.

As you can see when we are ‘wired and tired’ the increase in cortisol has significant consequences for our health. It’s a cycle where we sleep less, gain weight, develop blood pressure and get sick more often.

The irony is that we just don’t have time for that. Losing time we don’t have is another cause of stress, thus perpetuating the cycle.

There are a few herbs that can help our bodies cope with stress and limit either the amount of cortisol or its effects.

Recent studies on Ashwagandha (Withania somnifera) show that the herb acts directly on our nervous system. It mutes the signals that our body sends to our brain, but only during states of hyperactivity.

This makes it perfect for people who are constantly “switched on”. Their immune systems are overactive, causing them to stress over things about which they needn’t worry.

By limiting the stress response, ashwagandha was shown to lower cortisol levels during states of constant stress after just 60 days of treatment [1]

When your brain signals the adrenal glands to make cortisol it eventually reaches the liver.

Cortisol tells the liver to produce extra blood sugars so that your muscles and brain have enough energy to manage the stress. We already know that our modern day stress doesn’t really require all this energy… so it’s stored as fat.

Licorice interferes with this process by preventing the activation of cortisol in the liver.  Overall, it reduces the excess blood sugars that will eventually get converted to fat.

Research has shown the positive effects of licorice on reducing glucose production in the liver can last two weeks after treatment stops. The benefits towards high blood pressure have been shown remain for up to 6 months after treatment as well. [2][3].

Licorice is an excellent herb for those nearing the “wired and tired” stage of long-term stress. When the adrenals are unable to produce enough cortisol during the day, licorice is useful for giving them support.

Avoid licorice if you suffer from severe hypertension as it can cause blood sugar to rise for the first couple of weeks of treatment.

Patients taking Rehmannia (Rehmannia glutinosa) over a 5 week period, during times of high stress, have been shown to have better glucose metabolism than placebo control groups [4].

Its ability to control blood sugar levels during stress makes it easier to resist the negative impacts it has on the body, such as weight gain and fatigue.

Rehmannia also counteracts the effects of cortisol by activating the part of the brain responsible for reacting to it, the hypothalamus.

By activating receptors in the hypothalamus, the brain responds by telling the adrenals to slow down production of cortisol, pushing us closer to optimal levels over time and preventing burnout [15].

Together these effects can limit weight gain, and help us recover from long-term exposure to stress.

As much as we’d sometimes like to, we can’t just switch off our busy, stressful lives.

However, stress and fatigue don’t have to be a daily problem. Helping your body manage the effects of stress-induced high cortisol with herbs can you remain productive and healthy, and can even help you shed some of those tricky extra pounds.

If you’re like me, you sit by your mailbox waiting for the latest edition of HerbalGram. This month’s issue includes a review of the use of aged garlic extract (AGE) for treating hypertension. Hypertension, or abnormally high blood pressure, is one the most significant risk factors for cardiovascular disease. While lifestyle changes and medications usually…

In my practice, I don’t claim to treat cancer directly. Rather I attempt to help my patients manage the side effects of chemotherapy and radiation treatments using acupuncture. If they are interested, and their Western doctors are amenable, I also provide my patients with liquid herbal extracts that both potentiate the chemotherapy treatments and reduce… 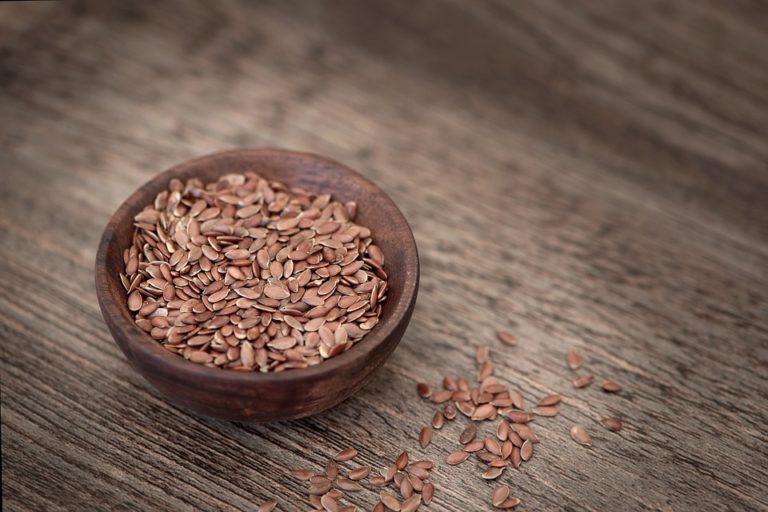 Introduction to Flax Seed Flax seed (also called linseed) is one of the oldest crops in the world. From ancient China and Egypt, to modern day America, flax has been an important health food crop all over the world. King Charlemagne, who united much of Europe in the Middle Ages, was so fond of the…

We all know sleep is important — yet insomnia remains one of the most common health conditions in the Western world. A recent study by the University of Pennsylvania estimates that roughly 25% of Americans suffer from insomnia every year. Lost sleep has a significant impact on our mood and performance. Even mild insomnia has been…